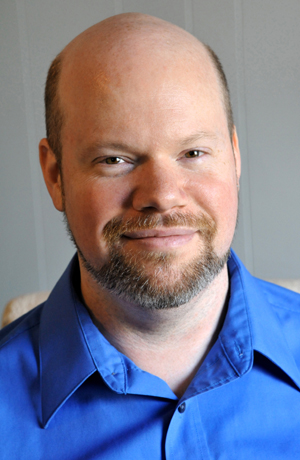 Jeff Craft began studying spirituality, massage therapy, bodywork and healing techniques in 1995 and has been in private practice since early 1997 after receiving a dual certification in Massage Therapy and NeuroMouscular Therapy from New Life Institute in Atlanta, Georgia. (Today it is known as Rising Spirit Institute.)

By September of 1997, Jeff completed his Reiki training and attained the title of Reiki Master. After a year or two of working with the Reiki energy, he began to teach Reiki to new students. In August of 1999, he attained the title Karuna Ki Master by completing training in the Advanced level of Reiki known as Karuna Ki.

During this same block of time, he was also Certified in Bio-Cellular Transformation and DNA Cellular Rejuvenation by the late Master Healer Len Ponath of Dallas, Texas. He also completed training in CSFT (Cerebrospinal Fluid Technique) and was invited to join the National Teaching Staff shortly thereafter.

On January 8th, 2000, Jeff made a firm commitment to his Spiritual Path and his role as a Spiritual Healer by becoming Ordained as a Priest in the Order of Melchizedek through the Sanctuary of the Beloved Church.

In the several years that followed, he commited himself to his own spiritual growth through regular bodywork and by attending many spiritually oriented growth workshops and seminars. He acknowledged the importance of healing himself to better serve others, and used the workshops to grow both personally as well as professionally in the healing arts.

The many workshops and training sessions he participated in include a 4 day introductory workshop for Core Energetics where he had the honor of working directly with Dr. John Perrokos. He also experienced and took training weekends for the Shamanic Breathwork Process. He completed the NLP (Neuro-Linguistic Programming) Practitioner Training and also participated in a 10 day Spiritual Healing Intensive retreat in Hawaii where he integrate the Kofutu Energy Symbols. He began studying and receiving training in Tantric practices. He also engaged in both the Priest Process and the High Priest Process. Each was a 9-month intensive Spiritual Growth process designed to deepen spiritual awareness.

Towards the end of this period, he began facilitating Group Breathwork workshops as well as teaching Reiki intensive weekends.

All of these experiences finally culminated and prepared him for what he was ultimately waiting for. In the summer of 2002, he met the man who would be his final Spiritual Teacher and Guru. He was accepted as a student and recieved Initiation on September 16th, 2002. His life was changed forever, and he is still embracing and watching the Spiritual Transformation and Unfolding that began that day.

Under the guidance of his Spiritual Teacher, he continues to study Advaita Vedanta and the Great Yogic Path of Tantra. While this is his main Path and interest, he also studies other areas of Yoga such as Buddhist philosphy, Hatha Yoga, Ashtanga Yoga and Kundalini Yoga. He finds that everything relates to and is an extension of Tantra. He enjoys comparative study of religions as well, and through his experiences and study has begun to awaken to the underlying truth in all religions: God is Love and All is God. Each religion is but a single path to the same Truth. And each individual engaged in spiritual study will walk a unique path to reach that same Truth.

In June of 2007, Jeff travelled to India to experience a one month intensive Yoga Teacher Training program in the Hatha and Ashtanga Yoga traditions. He successfully completed the program with First Class Distinctions, and now carries the title Certified Yoga Instructor. Following this one month experience in an Ashram setting, he set out to travel south India for an additional two weeks as part of a personal pilgrimage. During this 7 week period in India he discovered and began to integrate the power and intention of Hatha and Ashtanga Yoga as it relates to the Tantric path of Yoga.

In June of 2009, Jeff completed the 500 Hour Pranakriya Professional Level Yoga Teacher Certification with Yoganand Michael Carroll, who was a Master level teacher in the Tantric Hatha Yoga tradition of Kripalu.

In October of 2011, Jeff returned to Yoga Vidya Gurukul in India to attend a one Month intensive Yoga Therapy training program.

Additionally, Jeff was introduced to Shamanic Astrology it 2001, and has been formally studying Ayurveda and Vedic Astrology since 2008.

With an open and compassionate heart, Jeff blends massage and healing techniques with Yogic practice and Tantric Awareness to create a powerful vehicle for transformation and healing. He holds a non-judgmental space to help each client meet his or her goals. He sincerely wishes to meet each client exactly where they are and assist them in the way that is most needed at the time. Whether it is simple relaxation, pain management or deepening self awareness and conscious connection with their Divine Nature, each client is assisted with genuine kindness and compassion to obtain the greatest possible benefit from each session.

Return to Top
“ Every bodily movement has its source in the divine. Everything we do, everything seen or heard, tasted or touched, can be undertaken as a devotional practice. ”